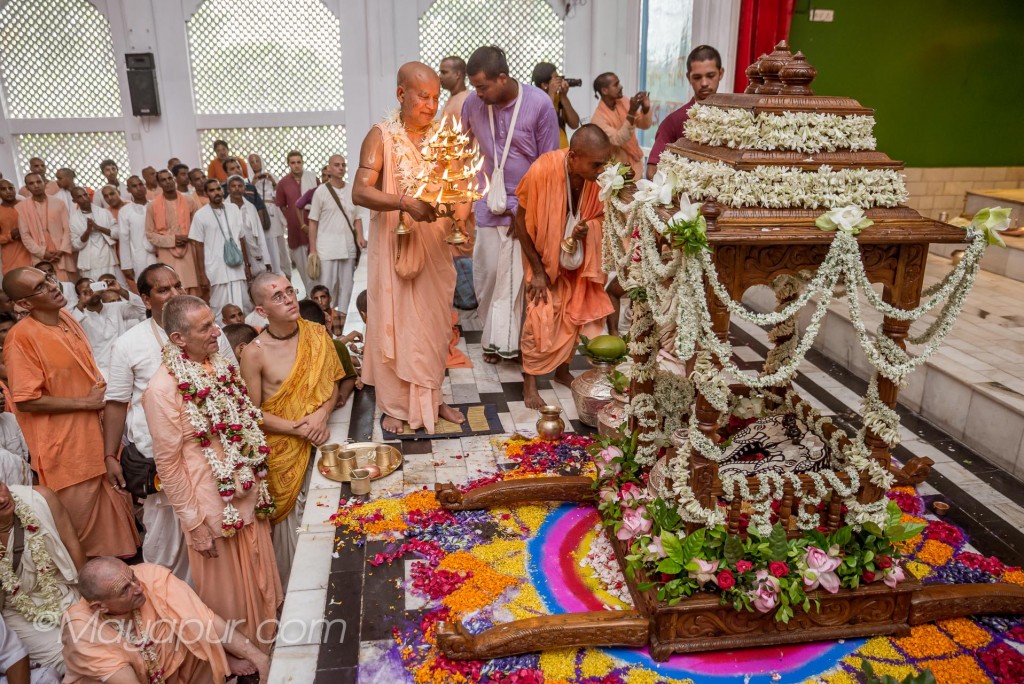 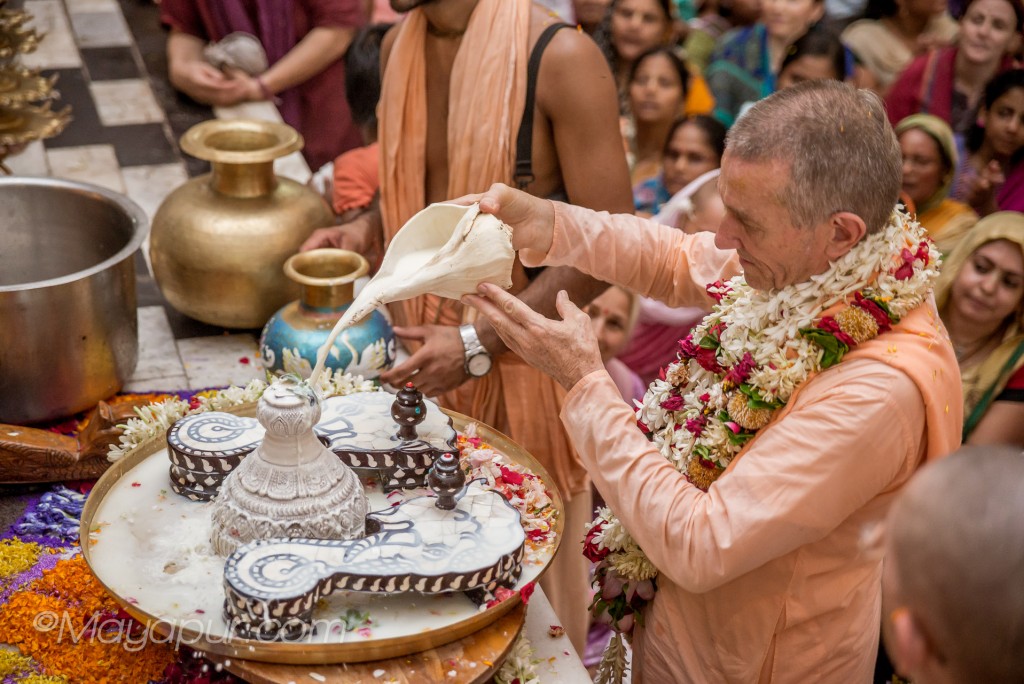 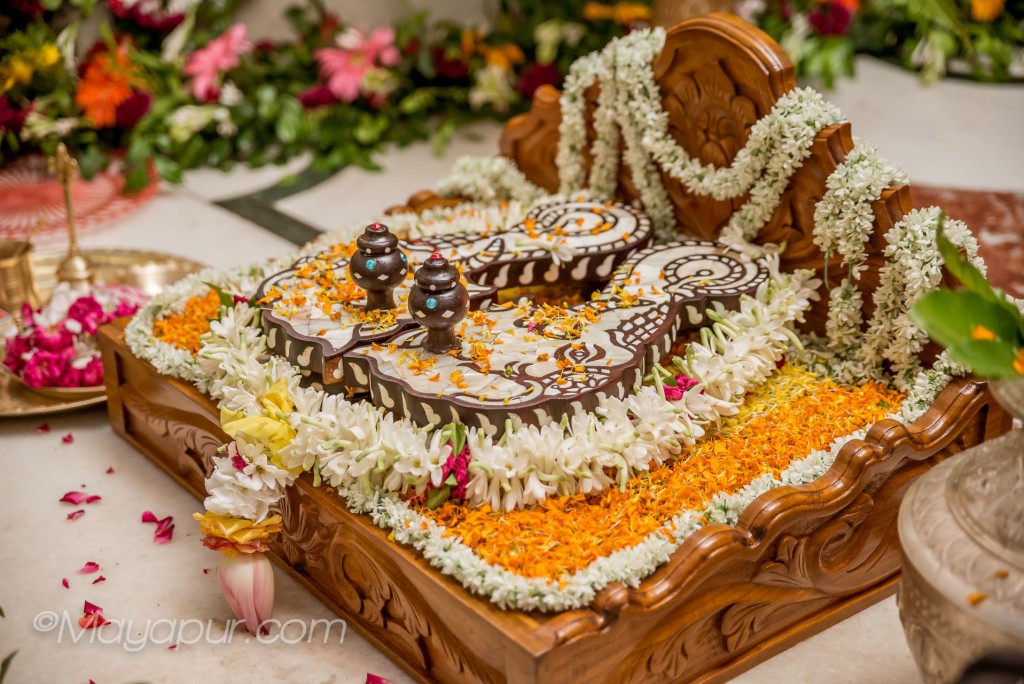 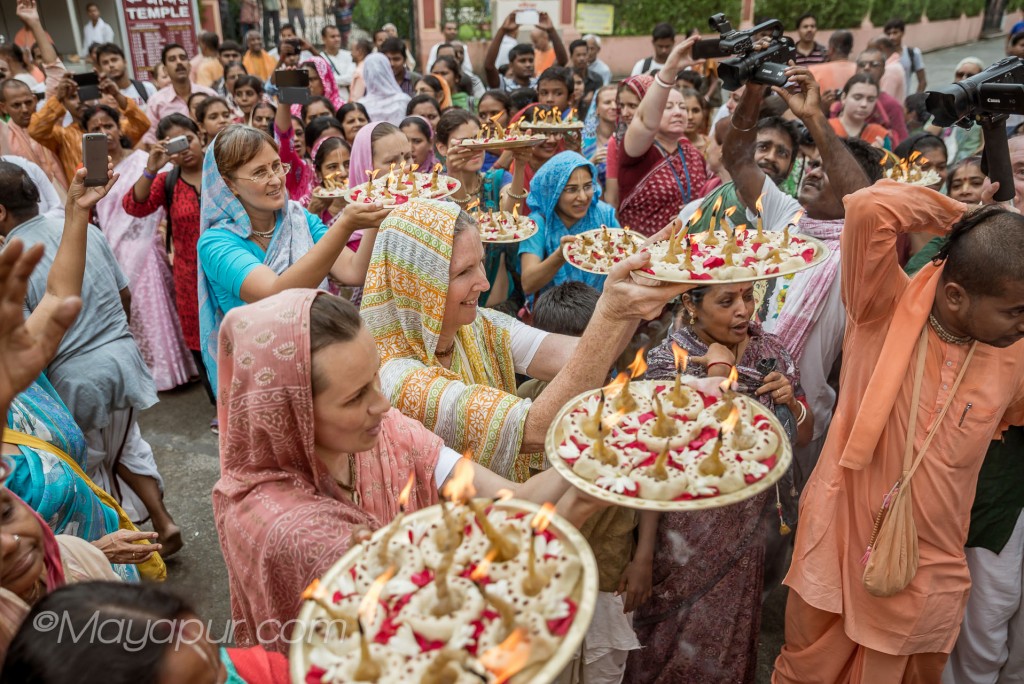 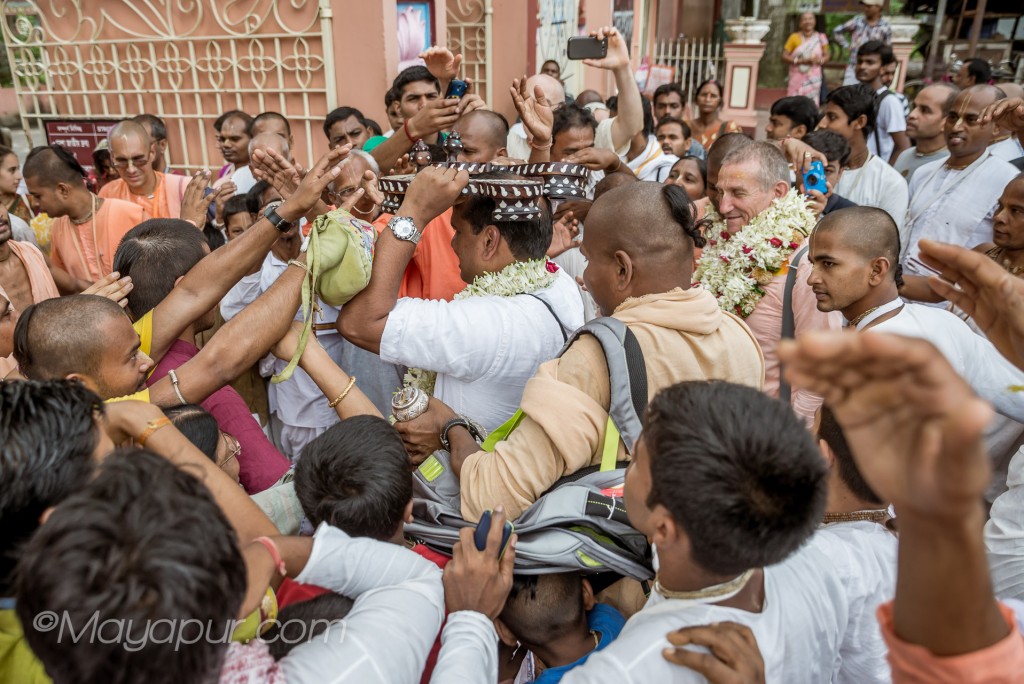 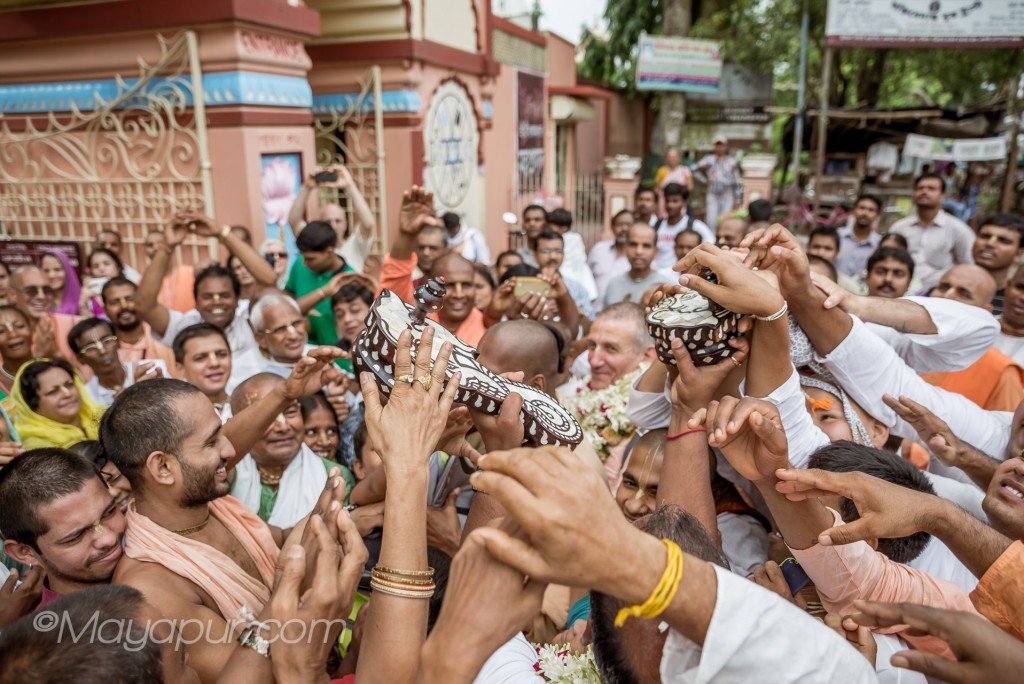 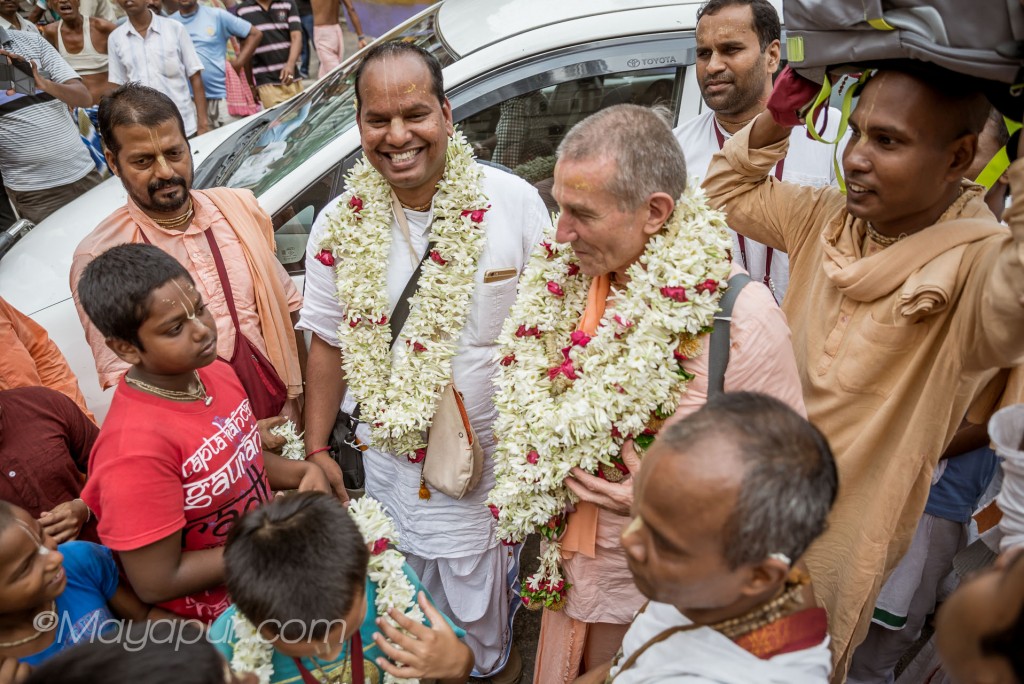 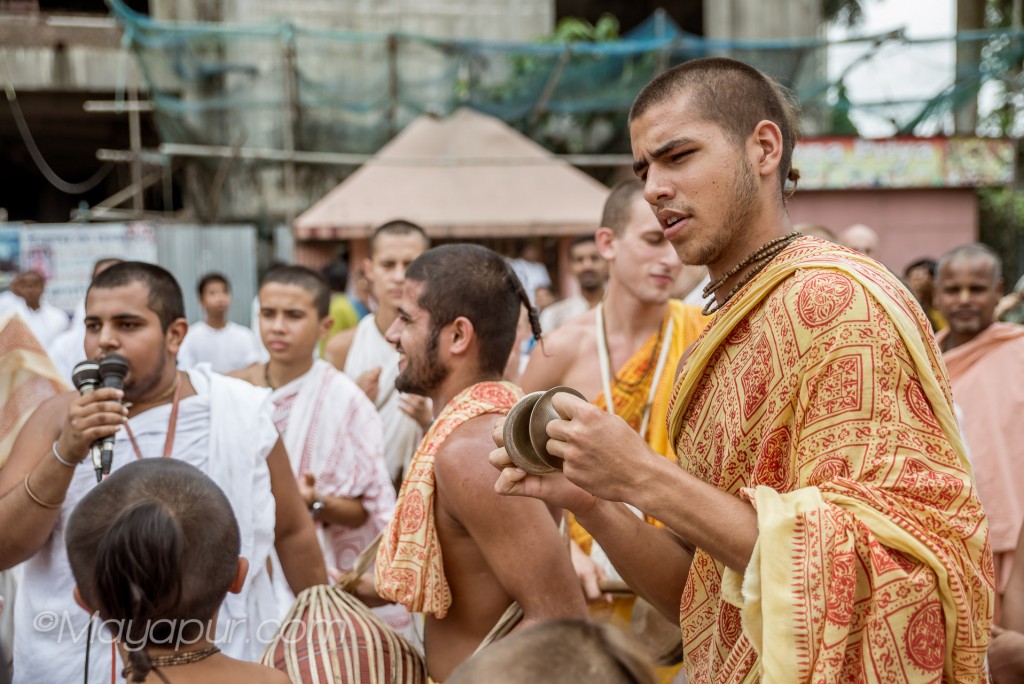 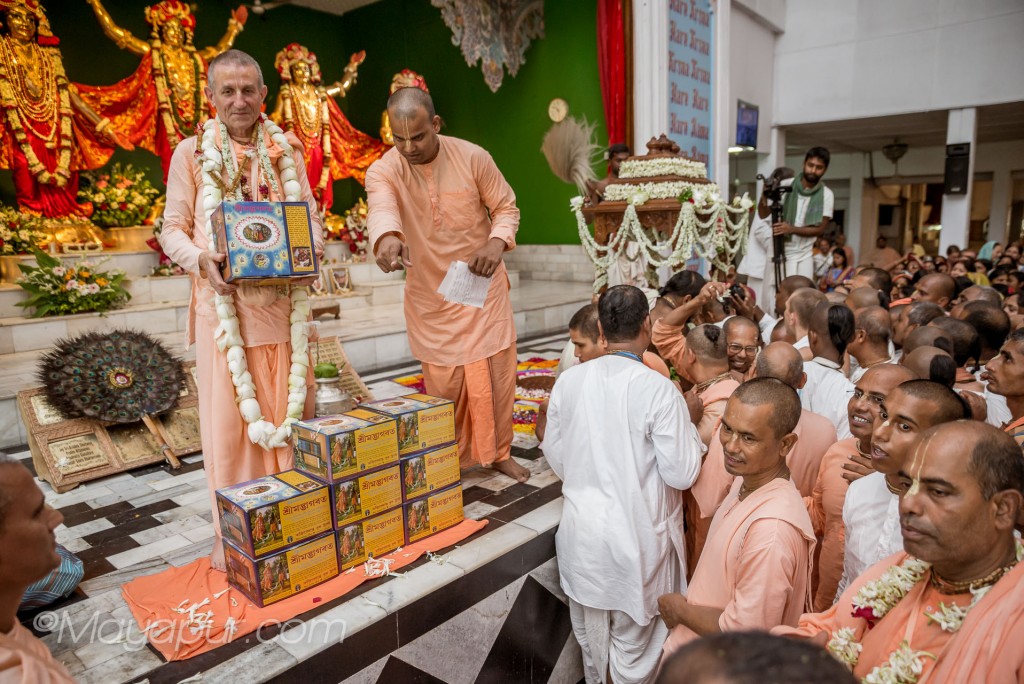 After four months of fund raising for TOVP in America, HG Jananivasa prabhu returned home to Mayapur with the padukas of Lord Nityananda on 12th July. Hundreds of jubilant devotees flocked at Temple’s main gate for receiving them.

After exiting from Samadhi, there was an arati of Lord’s padukas. They then proceeded to the Temple stopping briefly at the TOVP seva office where HG Jananivasa prabhu rang the large bell. He was again garlanded there by many enthusiastic devotees.

There was loud (imagine nearly 10 mrdngas played simultaneously!!) yet melodious kirtana performed by Gurukulis as they entered the Temple Hall. Then there was a rare to see Abhishek and Arati of Lord Nityananda’s padukas in the Panca Tattva hall. The assembled devotees then received the fortune of having Lord Nityananda’s padukas touch their head. On this occasion, HG Jananivasa prabhu distributed some sponsored Srimad Bhagwatam sets to Temple brahmacaris.

HG Braj Vilasa prabhu who had accompanied HG Jananivasa prabhu then spoke about their trip. He especially thanked Hg Ambarisha prabhu and his wife for their support. After him, HG Jananivasa prabhu spoke briefly. Finally, there was distribution of ekadasi prasadam (coconut laddus) to all assembled devotees.

Please view all the pictures of this event here:  Jananivasa Prabhu’s return 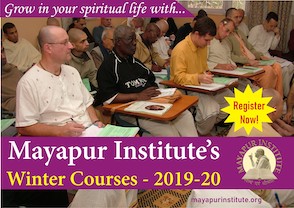