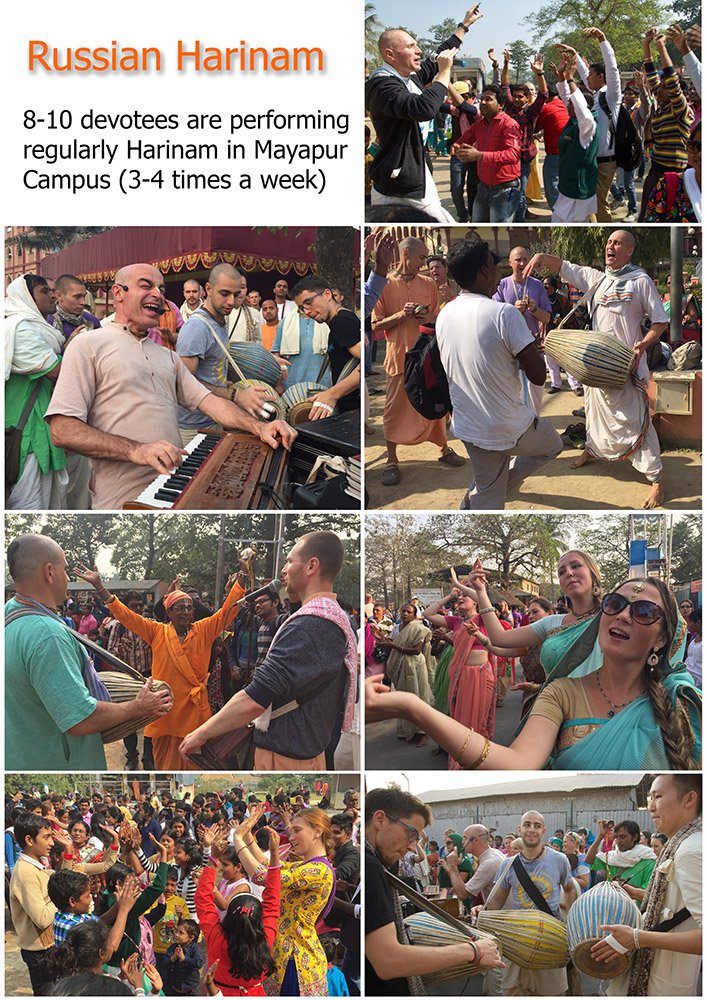 I n the book The Seventh Goswami, a biography of Srila Bhaktivinoda Thakura , it is stated that Thakura Bhaktivinoda prayerfully invoked the Lord, and expressed his heartfelt desire,  “When will that day come when the fair-skinned foreigners will come to Sri Mayapur-dhama and join with the Bengali Vaisnavas to chant ‘Jaya Sacinandana, Jaya Sacinandana!’ … Very soon the chanting of Harinama sankirtana will be spread all over the world. Oh, when will that day come when people from America, England, France, Germany, Russia will take up kartals and mrdangas and chant Hare Krsna in their towns?”

Syamasundara Prabhu recalls Srila Pabhupada saying “I want to go to Russia. I want to get behind this iron curtain and see what is going on. Those people, they would probably like to hear about Krishna.” When Srila Prabhupada finally went to Russia in 1971, in just five short days, he planted the seed of Krsna consciousness.

We can already see this international community coming into existence, here in Sri Dham Mayapur. Today in Mayapur, forty-six years later, we have approximately five-hundred and fifty Russian devotees residing here. They significantly contribute towards the Mayapur community and have dedicated their lives to the service of Lord.

It is only by the causeless mercy of Srila Bhaktivinoda  Thakura, streaming down the parampara, through Srila Prabhupada  that we have the rare opportunity to be engaged in the loving devotional service of Sriman Mahaprabhu, in His own Dhama, guided by His teachings, loving devotees and the Holy Names.