“On His return from Gaya, Mahaprabhu came by way of Kumarhatta, the birthplace of His guru, and began to roll on the ground in ecstasy there, as the ground became wet with His tears. Finally He collected some dust from that holy place and bound it in the corner of His upper garment, saying, “This dust is as dear to me as My life.” then he set out for Navadwipa” . Lord Caitanya showed by example how one should honor one’s Guru and also the exalted position of Sri Isvara Puri, His spiritual master.

This place is now called as Caitanya Dhoba in the place of Halisahar, one of the holy places in Gaura Mandala Bhumi.

“Shri Ishvara Puri appeared in this world on the full moon day of the month of Jyestha. He served his guru, Shri Madhavendra Puri, very faithfully, especially during the end of Shri Puripada’s life.” – [C. C. Antya 8.26]

“Shri Ishvara Puri, in his travels to various holy places, once came to Shridhama Navadwipa, where he stayed in the house of Shri Gopinatha Acharya. At that time Shri Nimai Pandita was absorbed in His pastimes of learning. Ishvara Puri entered Nadiya nagara in disguise and thus no one could understand who he really was.”

“That noble minded gentleman, was always absorbed in the mellows of devotion to Shri Krishna. He was thus extremely dear to Shri Krishna and he was an ocean of mercy. No one, however, could recognize him by his dress. By the will of fate, he came to Shri Advaita Acharya’s house.” [C. B. Adi 11]

He came to where Shri Advaita Acharya was engaged in worshipping Shri Krishna and quietly sat down there. By his divine luster one Vaishnava cannot remain hidden from another. Advaita Acharya began to look in his direction again and again. Finally he asked him: “Bap! Who are you? I have a feeling you are a Vaishnava sannyasi.”

Shri Ishvara Puri very humbly replied: “I am a low class shudra, come to view your lotus feet.” Mukunda Datta, who was also present could also understand that this is a Vaishnava sannyasi and thus he contrived to expose him. In his sweet voice, he began a kirtana describing Shri Krishna’s pastimes. When Shri Ishvara Puri heard that kirtan he at once fell to the ground, and the earth beneath him became wet with his tears. The Devotees present were dumbstruck. “We haven’t seen a Vaishnava like this before.”

Advaita Acharya very firmly embraced him. Now everyone could understand that this is Madhavendra Puri’s dearmost disciple, Shri Ishvara Puri. Loud shouts of “Hari! Hari!” rose up into the air.

Shri Ishvara Puri remained at Navadwipa for some days. One day when Nimai Pandita was returning home from the school, He happened by chance to meet Shri Ishvara Puri on the way. Shri Ishvara Puri was as though mesmerized while looking at the son of Sachi, and thought to himself, “He has all the indications of being a divine personage, and appears very grave indeed.”

Shrila Ishvara Puri inquired, “Oh Viprabori ! May I know Your name? Where do You live? What is that manuscript in Your hand?” Mahaprabhu very humbly offered His namaskar. Some of His disciples replied, “His name is Nimai Pandit.” Exclaiming, “You are the famous Nimai Pandita!” Ishvara Puri felt very happy to meet Him. Mahaprabhu, coming forward and bowing His head, humbly requested, “Shripada, please come with Me to My house and be My guest for lunch.”

Ishvara Puri thought to himself, “What a pleasant demeanor He has!” As though charmed by some mantra he quietly came along with the Pandit to His house. Arriving there, Mahaprabhu personally washed his feet, while in the Deity room, Sachi Mata offered the various preparations that she had prepared to the Lord. Then Mahaprabhu served that Prasadam to Shri Ishvara Puri and afterwards accepted his remnants. Thereafter they sat in the Temple (Visnu grha) and discussed Krishna-katha, by which they both became filled with ecstatic love.

Shri Ishvara Puri thus remained at Navadwipa for a few months, staying at the house of Shri Gopinatha Acharya. Everyday Mahaprabhu would come to have darshan of his lotus feet and occasionally He would invite him for lunch. At that time Shrila Gadadhara Pandita was just a young boy and Ishvara Puri was very affectionate to him. He began to teach him from the book which he had composed “Shri Krishna Lilamrita”.

One evening when Mahaprabhu had come to offer His obeisances to Ishvara Puri, Shrila Puripada spoke to Him, “You are a great pandita. I have composed a manuscript about Shri Krishna’s pastimes. If you would please hear it, then I can recite it before You, and You can correct any mistakes that there might be. I will be very pleased if You do this.”

Mahaprabhu replied smilingly, “Whatever a Devotee speaks is dictated by Shri Krishna Himself. If anyone sees any fault in this then he is simply a sinful wretch. Whatever poems he composes, certainly Krishna is very pleased by that. Krishna accepts the mood in which things are offered as the most substantial part of the offering.” To Ishvara Puri these words were like drops of nectar and he could understand that Shri Nimai Pandita was an extraordinary person. After passing some days in Nadia, Ishvara Puri continued his tour of the holy places.

Meanwhile Mahaprabhu was bringing His pastimes of learning to a close and now desired to reveal His true Self and establish the religion of the age by distributing love of Godhead through the chanting of His Holy Names. Thus He came to Gaya, ostensibly to offer pinda for His departed father and fore­fathers. Shri Ishvara Puri was present at that time at Gaya. After having offered pinda at the various holy shrines, He finally came to the place where the lotus footprints of Shri Vishnu are. While taking darshan and hearing of the glories of the shrine Mahaprabhu fainted and fell to the ground. By the arrangement of Providence, Shri Ishvara Puri happened to come to that spot just then and learned from Shri Chandrashekar Acharya what had transpired. After a short time Mahaprabhu regained His consciousness, and seeing Ishvara Puri He got up to offer His obeisances. Shri Ishvara Puri embraced Him and the two of them were drenched by each others tears of love.

Mahaprabhu addressed Ishvara Puri, “My journey to Gaya is successful just by My seeing your lotus feet. If one offers Pinda at this holy place, then his forefathers become delivered. But simply by seeing you, tens of millions of forefathers get liberation. Therefore your presence is even more auspicious than that of this holy tirtha. All of the holy tirthas pray for the dust of your lotus feet. Therefore, O Puripada, I am praying at your lotus feet to ferry me across the ocean of material existence and to cause me to drink the nectar from Krishna’s lotus feet.”

Shrila Ishvara Puri replied, “Please hear me Panditji, I have understood that You are an incarnation of the Supreme Lord. This morning I saw a very auspicious dream and now that has actually materialized. From the first day I saw You at Navadwipa, I have always thought of You. I get such pleasure by seeing You, as much pleasure as I get by seeing Krishna.”

Hearing this, Mahaprabhu bowed His head and smilingly replied, “This is my great fortune.”

On another day Mahaprabhu approached Shri Ishvara Puri and requested that he initiate Him with the divine mantra. “My mind is becoming very restless in anticipation of this initiation. “Shrila Puripada very blissfully replied, “What to speak of mantras, I am prepared to offer You my very life.” [C. B. Adi 17.10]

One morning Shrila Ishvara Puri came to where Mahaprabhu was staying. Mahaprabhu was extremely pleased to see him and after offering His obeisances He invited him to stay for lunch. Ishvara Puri replied that, “Being able to accept foodstuffs from Your hand is a matter of great fortune for me.” Mahaprabhu Himself cooked and then very carefully served His guru the Prasadam. Afterwards He smeared sandalwood paste on his body and put a garland of flowers around his neck. Thus the Supreme Lord Himself taught how one should serve his guru. Without serving the great Devotees, it is not possible to receive love of Godhead. Service to the guru is the door to devotion.

On His return from Gaya, Mahaprabhu came by way of Kumarhatta, the birthplace of His guru, and began to roll on the ground in ecstasy there, as the ground became wet with His tears. Finally He collected some dust from that holy place and bound it in the corner of His upper garment, saying, “This dust is as dear to me as My life.” then he set out for Navadwipa.

Thereafter Mahaprabhu accepted sannyasa and by the order of His mother came to live at Jagannath Puri. By this time Ishvara Puri had already left this world. He sent two of his disciples Shri Govinda and Kashishvara brahmacharis to serve the Lord at Nilachala. 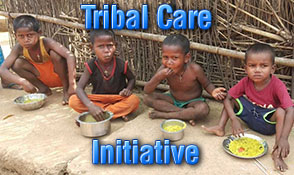 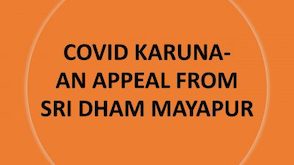